Rock Climbing for me started at a very young age, I was 8, I personally didn’t know anyone that rock climbed, I had only seen it on TV or magazines, but I knew I was destined to do it.  So much so that I started collecting carabineers;  because I knew I would one day need them, one day at least until I read “Not for Climbing” on the side; but that didn’t sway me, I still knew in my gut I would one day rock climb; always listen to your gut.

I was 19, when I discovered that our handy man was into all they same things I was, surfing, snowboarding, sky diving, anything that got your blood pumping, we soon became friends and shortly after he took me on my first climb…  He wasn’t all that experienced but he knew enough to lead and get us started, and that was enough for me.  On my first climb my heart was pounding with fear and excitement…I was finally doing it….I was climbing… 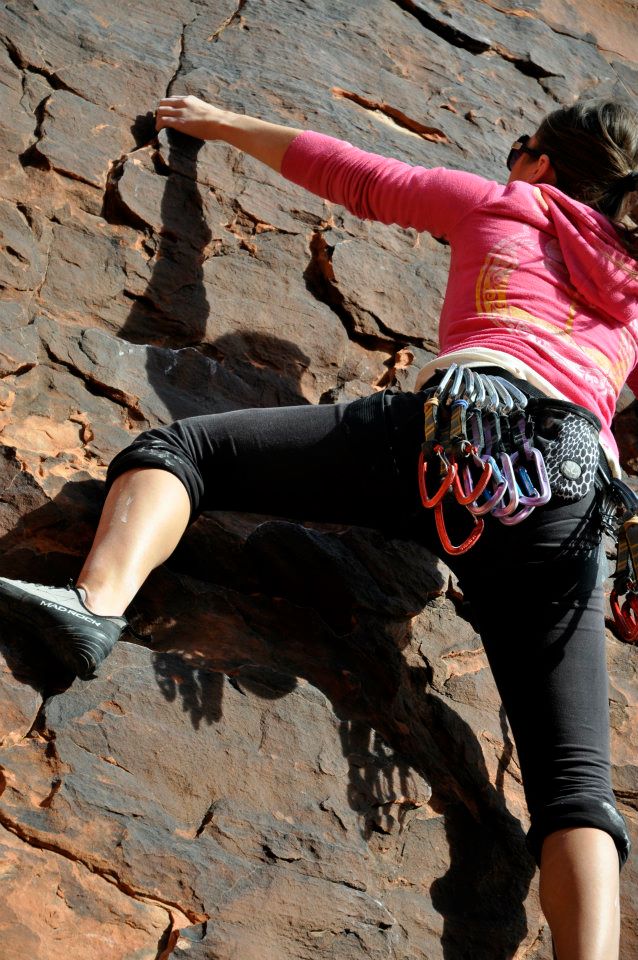 On our next climbing excursion we were heading towards the Panty Wall in Red Rock, on our hike up there we came across another group of climbers trying to find the wall as well, we climbing and hung out with them all day, one of the climbers was experienced; he had been climbing for years both sport and trad. We soon befriended all of them, and from that day forward we called ourselves the “wolf Pack” after a joking reference to The Hangover.

From that day forward all I thought of was climbing and nothing but climbing.

I would just look at something, like a door frame or something stable enough to support me and try to figure out new ways to place my hands and how to us my body weight as a counter balance.  Climbing began to consume me, and I loved it!  Not a weekend went by that I didn’t hit the crag…Living in Vegas we are blessed with a climbing mecca Red Rock, it became my second home; I found peace there; the crag it became my sanctuary… 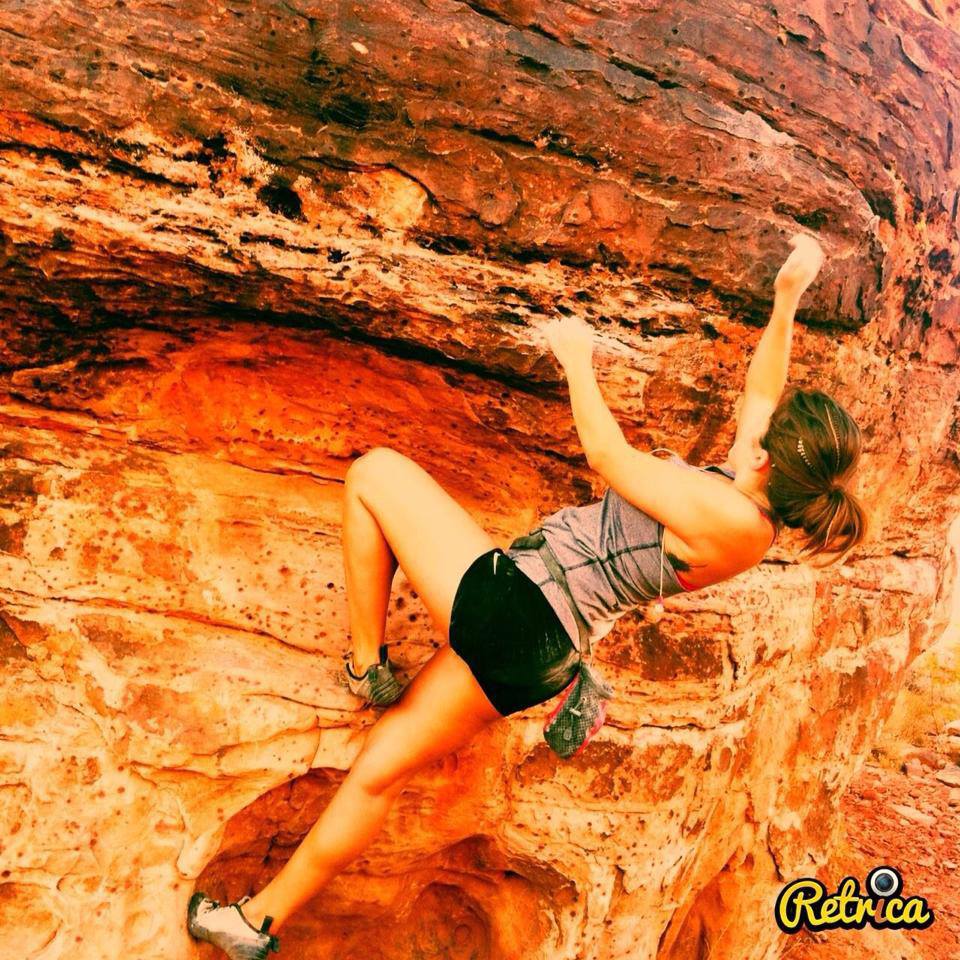 Being only 5’3” I quickly learned the sayings “Climb like a Girl”, and “Climb Smarter not Harder” , and although I was at a disadvantage with my height I did have one thing going for me, I used to be a competitive dancer; so flexibility was on my side, and boy would I need it…Climbing for women is so much more technical then it is for men, while men can power it out, have a longer reach and the strength to dino, women so much more technical and precise, being able to learn “The Tricks of the Trade” is a must; from heel hooks, knee bars,  flagging of the foot or leg, and learning how to use your angles just right, are all very crucial when you find yourself in a jam.

Climbing took me out of my comfort zone and made me belief in things I never thought possible; I would often say to myself “Is my foot really being support by this tiny lil nub sticking out of the rock?”  Rock climbing really does make you believe and forces you to trust in the rock and your equipment.  You really learn the meaning of trust when you do your first lead climb, because leading is a completely different game…  Its not just a physical game anymore; it is now a mind game.  A physical and mental battle ground to reach the top; if you have never experienced true fear, do a lead climb.