What does that entail?  As a full time professional in Southern California, it meant a lot of time in your car and working your ass off during the week to make it happen.  Typically our destination was Joshua Tree National Park or Tahquitz although there were plenty of other locations peppered between those trips. 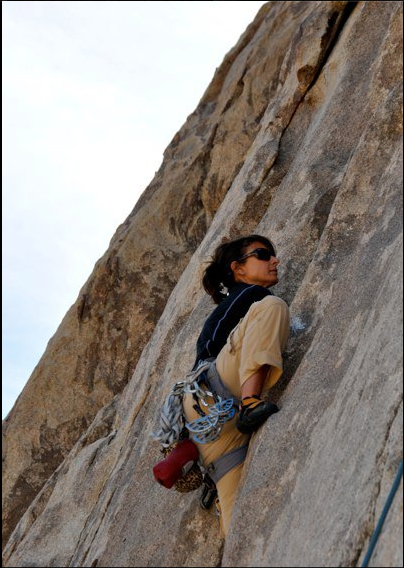 Monday night: yoga and unpack from the previous weekend.
Tuesday night: one of the ‘normal nights’ where ‘normal’ life existed-maybe dinner with friends or just cozying up to the television for some relax time.
Wednesday night: was a bit the same but most likely some food shopping involved in preparations for Friday’s departure.
Thursday: work, work work, laundry, pack and shop.
Friday:…yeeeeeehawww!  Get the work done and hit the road to…stop and sit in traffic. Lots of it.  It is Southern California after all.

Somewhere in the early evening is the arrival, the cell phone no longer works, you set up tent, share beers and stories of the week and of course plan which routes to conquer the following day. All the hard work and planning of the week is for the next 2 glorious days.  Sleeping in your tent every weekend becomes increasingly easier the longer you do it, even in super frigid weather. It also becomes more innate to plan a good camping food menu to sustain your energy to touch some stone. 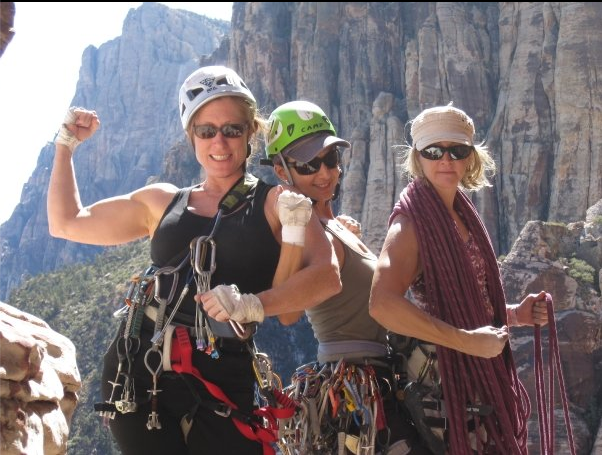 Up until a couple years ago my main climbing partner(s) were all girls. The majority of us lived in or around Southern California and we were coined “the Dirt Barbies”.  We did these weekend excursions for about 2 plus years with consistent participants and some more varied in attendance.  When women climb together it’s so different than when we climb with men. We cry, we motivate, we compete with each other, we laugh and we socialize and we encourage each other to get the hell up that route.  We KICK ASS!  And of course we flirt with all the boy climbers.  Or they kinda flirt with us too…because we are kinda bad ass. 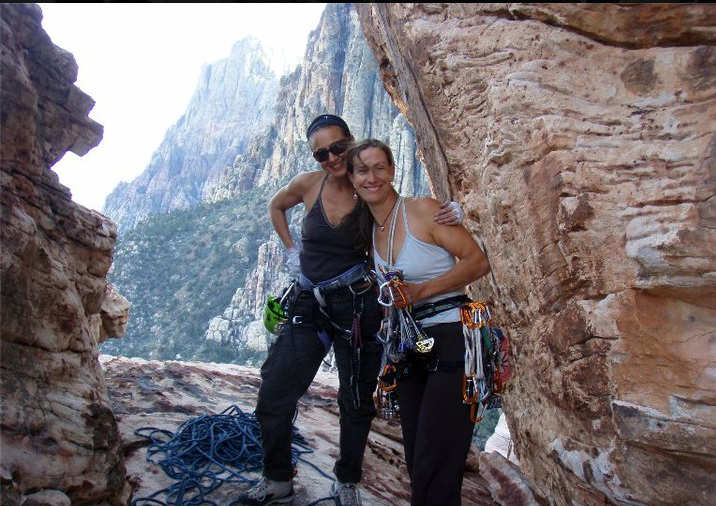 Jtree is my sweet spot. It’s where I took all these “Dirt Barbie” adventures and where I placed my first piece of gear!  My first day of trad climbing was an unexpected lesson from a good friend of mine Gary, who because of inclement weather decided to teach me gear placement. I had only followed a couple routes prior to that.  The next day, as the sun shone he encouraged me to climb a 5.2, then a 5.5, 5.6, 5.7 and finally completing my day on Sail Away, a 5.8.

I must have placed every piece of gear on my harness up that route, but I did it and I was elated and hooked.  Climbing trad isn’t just the most ‘natural’ form of climbing ( i have nothing against bolts, in fact I quite like them) but to me is the most rewarding because it is a different climb for every person. Jamming your hand or foot into a crack varies for each individual based on hand size, height, foot size, physical and mental ability and the shoes you’re wearing.  Trad climbing, in J-tree usually entails a ‘summit’ with a view beyond comparison.  And the rock…sticky rubber stands no chance against the grit and neither do your fingertips.  After a weekend of climbing in J-tree your tips will burn it will hurt to wash your hands….bliss…and the best sign of the perfect weekend.

The life of the weekend climbing warrior doesn’t just entail climbing, after a perfect day of climbing it’s party time!  I first started out in J-tree proud to be able to put all my food supplies in one tiny box, dinner was typically tuna fish on Triskets with some Italian salad dressing.  Amateur!  Eventually, it became a bit gourmet where you could smell anything from roasted garlic, steaks, pizza and even some desserts from our campsites.  We ate well, and drank well too sampling some of the most interesting beers at our camp table.  So much fun!

And of course, the next day we would do it all again…get up early enough to get on the popular routes, the not so popular routes, maybe a specific shady route on a hot day or a sunny day on a very cold day.  For the majority, Saturday was a more serious day of getting out with your designated partner and ticking as many routes as possible. Sundays were sometimes more relaxed where we may all join together at a specific area, some leading up routes, some just doing top rope.  Ahhh, J-tree…so much to offer. 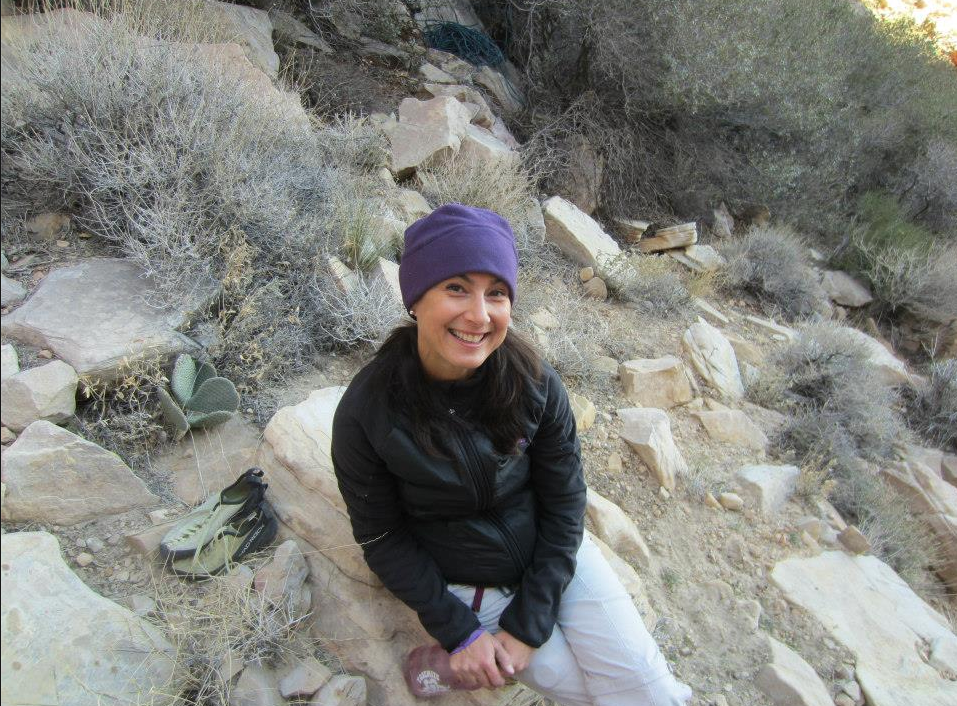 I have not been able to climb in J-tree for a bit now as I gave birth to a beautiful boy five months ago.  My husband and I hope he will become a climber as well and plan to introduce him to camping and cragging next spring. Of course J-tree will be in our plans of attack, it is after all where my husband and I met.  I cannot wait to get my taped hands on some of that perfect granite…jam, jam, jam.  Breath in the air and let the magic of the desert motivate me up a route.

Previous reading
Climbing with Kids – What a Long, Strange Trip it’s Been!
Next reading
Scrambling for my Life | How I Became a Climber