During some the most stressful times of my life, getting dirty outdoors, and playing on rocks has always provided me with much needed doses of peace within my troubled soul. Before I had even moved to Sin City, and touched down on the amazing terrain of Red Rock Canyon National Conservation Area, AKA Red Rocks to climbers as I had later found out, I was a desert rat at heart.

From early childhood it so felt natural to be away from the hustle and bustle of Los Angeles and head out and find some interesting dirt to play in, and some hills, and big rocks to climb up on. In my teen years I was introduced to snake hunting, and bottle digging for antique bottles for extra cash to make ends meet, and started quite a bit of desert exploring in the process. Being exposed to circumstances of having to rough it, and even getting somewhat lost in the wild at times, (talk about scary) I soon gained a true appreciation, and respect for the outdoors.

When I had checked out Red Rock for the first time, I instantly had the fever to head deep into the canyons and see for myself of what it had to offer

My experiences prepared me for more adventures of which I was about to unknowingly embark on after moving to Las Vegas. When I had checked out Red Rock for the first time, I instantly had the fever to head deep into the canyons and see for myself of what it had to offer. I was lucky to have met a female co-worker of mine at the time who shared the same passion to get outdoors to find relief from our stressors from life, and work. The exercise, and fresh air didn’t hurt either. I was fortunate we had already established camaraderie while working together in acute psychiatric units, so dealing with dangerous situations, and epics together was nothing new to us. We were so ready to run for hills in Red Rock’s canyons as a team.

We were locked, cocked, and ready to rock, and started our adventures in Red Rock Canyon.  It seemed we headed out any chance we got, whether it be in triple digit heat , or in the freezing cold, and even before work at 5:00 am in the darkness with our cheap flashlights, and sometimes again the same day after work to take another hike. Our trekking seemed to become more adventurous and daring as we started scrambling steeper and steeper terrain.

After quite a few near death experiences and clothing ripped to shreds from the scariest of scrambles at times, we both decided that we needed to learn to be safer hikers or we weren’t going to live that long…

After quite a few near death experiences and clothing ripped to shreds from the scariest of scrambles at times, we both decided that we needed to learn to be safer hikers or we weren’t going to live that long. We had seen climbers on walls in the beautiful canyons while we were out hiking, and wondered how they got up there with all that metal gear, and ropes. At the time, it looked like the climbers who we did see high up on the walls were mostly male.

It appeared to us that climbing was predominantly a male sport on those canyon walls. Not personally knowing any climbers, and us girls not really caring to meet up with strange men when out who might be serial killers, or something (tongue-in-cheek), we refrained from mingling with those men we saw carrying ropes, and all that metal, having backpacks big enough to stuff our little bodies in. We were on our own, as it seemed appropriate at the time, both being hard-headed, and all. 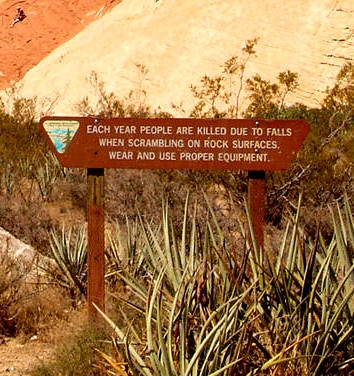 We purchased how-to rock climb books, a guide-book, and bought some basic gear, and gave it a shot. Not knowing “ALL” the dangers of technical rock climbing, and still not personally knowing any climbers at the time to show us the ropes, we chose a 5.7 sport climb to try. We had seen bolts on the climb before while out hiking, and found some beta on it in the guidebook. Being a bit naive with the whole sport of technical rock climbing, and feeling fairly invincible for some reason (lol), my first technical climbing lead on the rock happened to be my first climb on the rock.

…my first technical climbing lead on the rock happened to be my first climb on the rock.

Luck was on my side, and I got up, and down from that climb without injuries, or worse. After that fiasco, my good friend informed me that she really wasn’t into the hassle of “that kind of climbing”, and she really didn’t like being tied up to all the rope, and stuff, and feeling like her fingernails were going across a chalkboard when climbing that steeper rock; even though I felt her moves were so much smoother than mine, and she was much bolder than I when on our previous death scrambles in Red Rock.  Hell, if it wasn’t for her talking me into, and through some of those steeper, and more exposed slabby sections we got ourselves embroiled in (OMG, the memories), I probably wouldn’t have become so interested in technical climbing, and wouldn’t be a climber today.

I felt she’d be the perfect partner for my new endeavor. When I finally realized that she was for sure opting out from being my climbing partner (I was in denial), I was forced to find others to climb with.

I eventually bumped into experienced trad climbers when I let my guard down who were nice enough to take me up some of the longer routes in Red Rock, show me more of the ropes, and the rest is history. 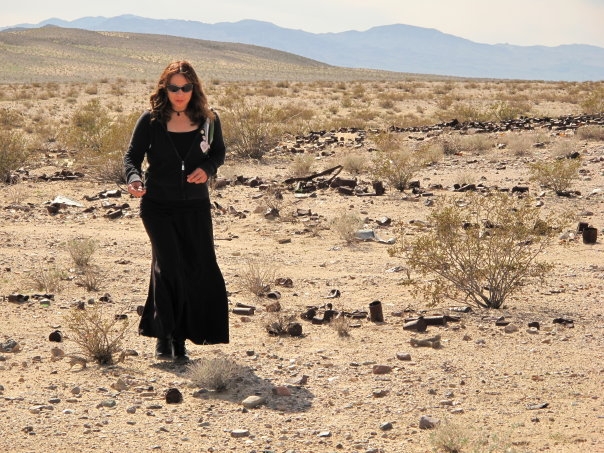