Cassondra Long’s dive into rock climbing started with a photo of a slot canyon. “Sometimes you just see a picture and you get seized by this madness,” she said. At the time, the madness convinced her: “I have to go to a place like that.”

So she did. From slot canyons to rock gyms to trad climbing, Cassondra has followed the madness for seven years.  When she didn’t have a climbing partner, she went by herself, dropping off her daughter at school and jetting off alone to climb all day before picking up her daughter again.

She’s 54 – and you might wonder why that wasn’t mentioned sooner. Truthfully, it’s because it’s only a small factor in Cassondra’s climbing. You can hear it in her voice. Knowing she started climbing in her 40s is inspiring, but so is her excitement over climbing with new people and pushing her limits.

“I think this is probably one of the best things I ever learned how to do. I hope I get to keep doing it for a lot longer since I started doing it kind of late. I have a lot of issues – like things don’t work the way they did when I was young. I’m just happy I got to start at all.”

I talked with her for awhile on the phone – she lives in Nevada, and I live in Kentucky. What follows is a Q&A (edited for clarity) to learn more about her love for rock climbing:

Q: How do you view rock climbing – is it just recreation?

It’s recreation, but for me it’s a lot more than that. I really rely on getting out there to keep myself in a good mood, basically. I have ADHD and I require a fairly high level of physical activity in order to keep myself kind of straight. And when I don’t have that I kind of get depressed and don’t feel like doing anything. 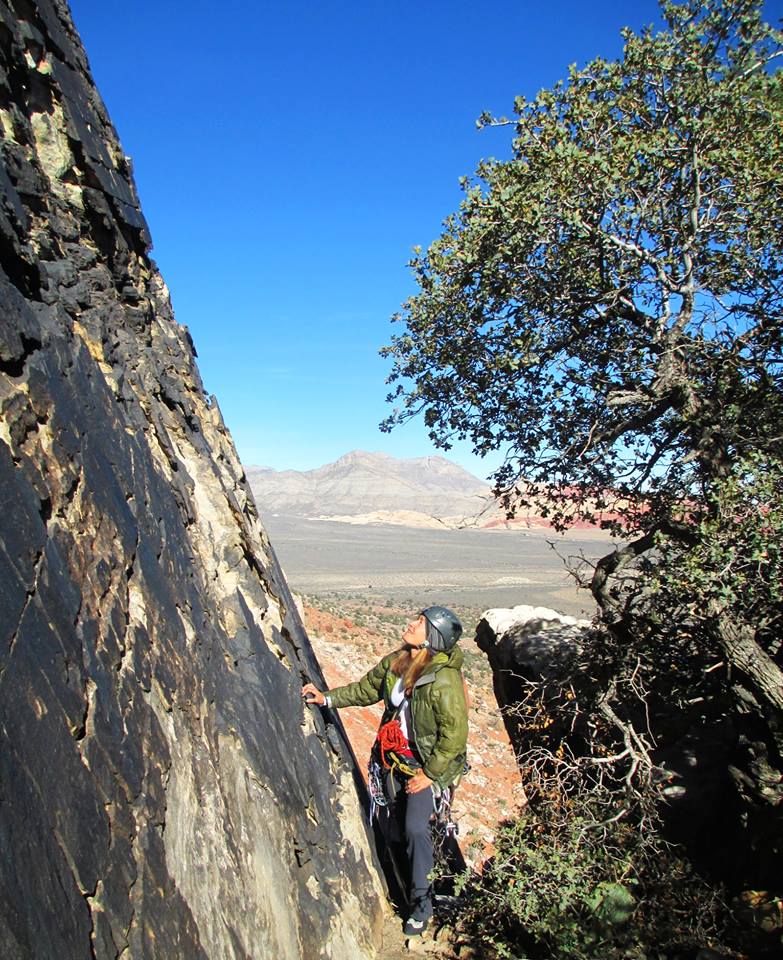 Q: Has rock climbing changed other aspects of your life?

It got me into probably the best shape I’ve ever been in in my life. I learned how to use a computer, as well, because I wanted to learn the routes and things. Because I was a homemaker at home with my kids, I didn’t use one much. I didn’t have a need for it. Because I started climbing, I wanted to learn more about what I was doing. I also made a lot of friends. I didn’t have a large social group before, but I’ve met people from all over the world and all other walks of life. 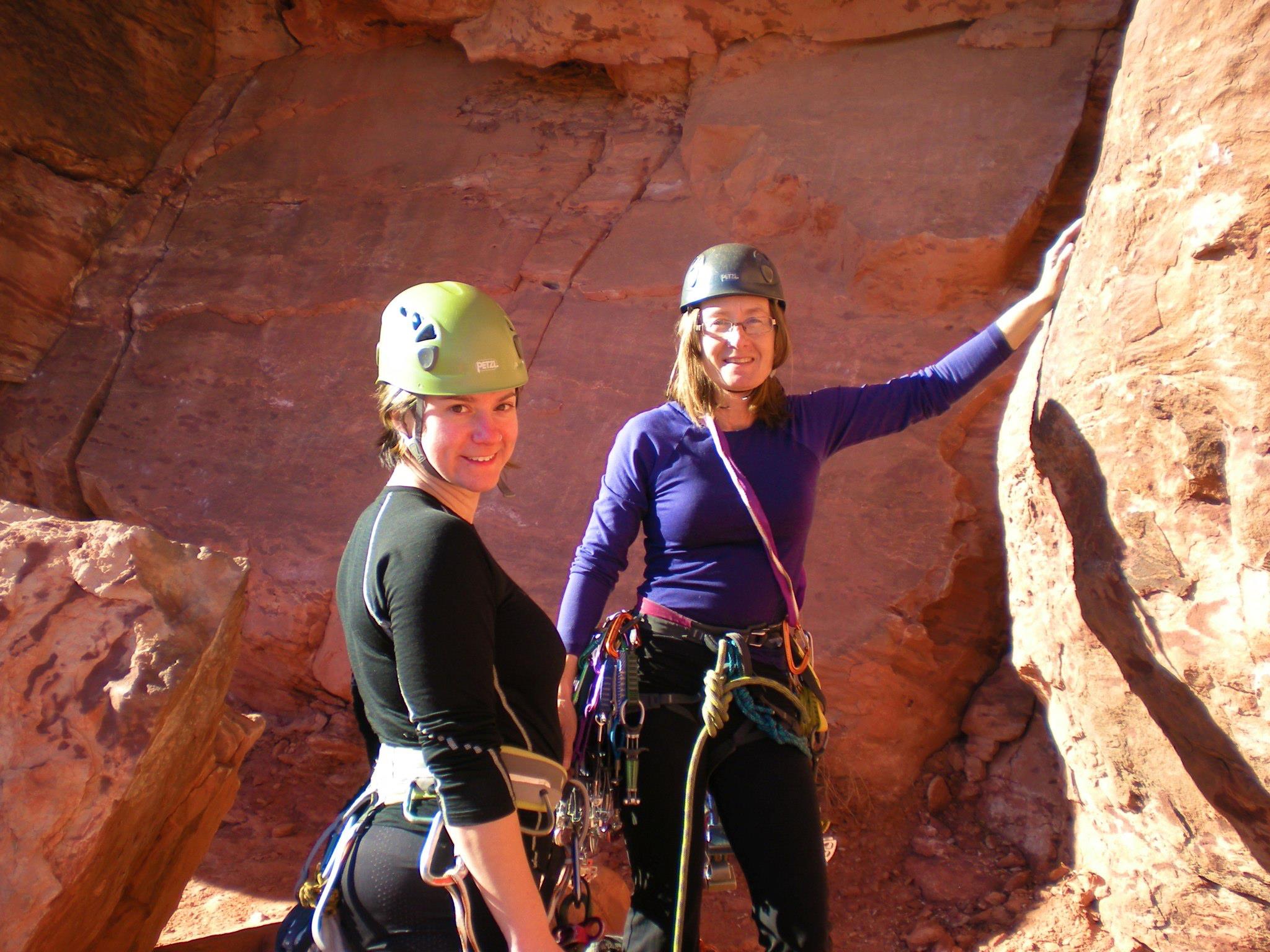 Q: What kept you from thinking you were too old?

I didn’t even think about it at all. I just wanted to go be out there. I didn’t think I was too old. I didn’t think about it at all. It didn’t occur to me. It was like, ‘Of course I have to go do this.’ I saw the slot canyon, and there was no question in my mind – I have to go there. I have to be there. I found out I actually like climbing better. Even though I never thought ‘Oh I want to be a climber,’ after I found out what it was, I never want to stop.

I string pearls. I kinda like it. Most people don’t have the patience. That’s what I’ve been doing the longest. Sometimes I also teach dance. 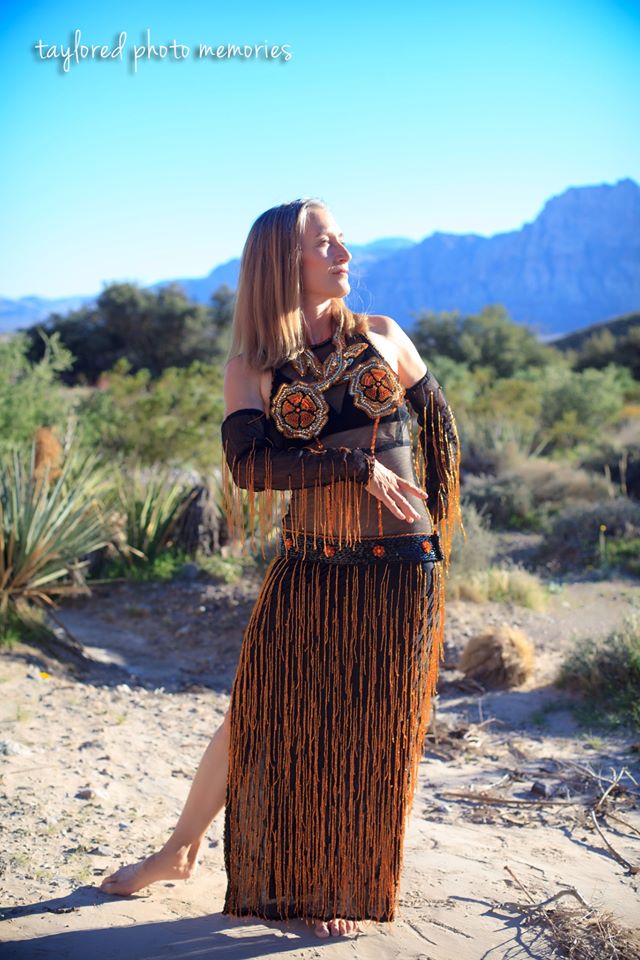 Q: Who do you climb with and how does your climbing partner / group impact your time out there?

I was taking my daughter with me. When we started she was, like, 12 or 13. I have so many partners. I climb with McKenzi. I have a lot of different partners. Most of them are men in their early 30s or late 20s or girls about the same age. Most of them are people a lot younger than I am. Because Red Rock is such a destination, you meet a lot of people here. When I first started, I just had my daughter. Trying to get out was tough. I learned how to top rope solo. I prefer being with people, but being alone can be really good, too. It’s good when you don’t have a lot of time. I’m lucky that I’ve actually got to do a lot more than I thought I would because of the type of partners I’ve had. Some of them are doing bolt replacement. I’ve got to do that because I have friends who are doing it.

I was out with a friend of mine and we were trying out a new route. He got to the top of it and a boulder about the size of a golf cart was actually just sitting there waiting to fall down. As soon as he pulled up on it, it fell and it started falling down toward me. I saw this huge rock falling down. I jumped out of the way. I realized I still had him on belay – I never let go of the rope. … He paddled his way over the top of it and he didn’t fall. He said he felt like a hamster on a wheel. He thought for sure I was dead, but I jumped between a rock and the wall. I got peppered with pebbles. I always wear a helmet when I climb. 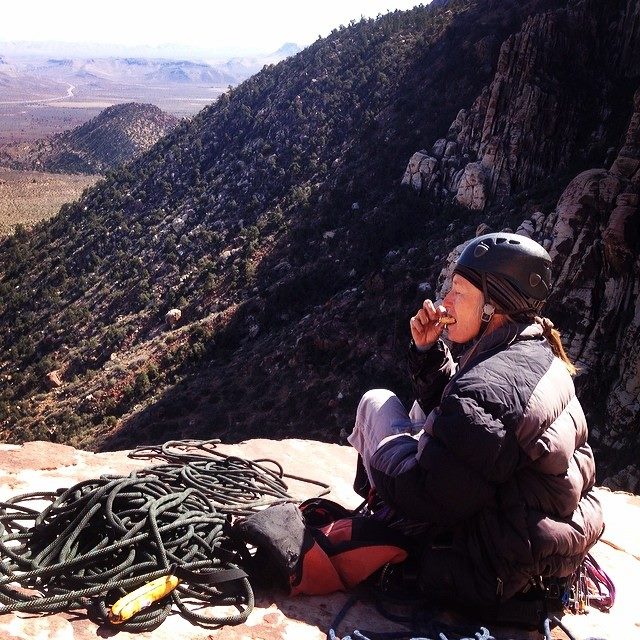 Being able to put up a new route going ground up. It’s pretty exciting. 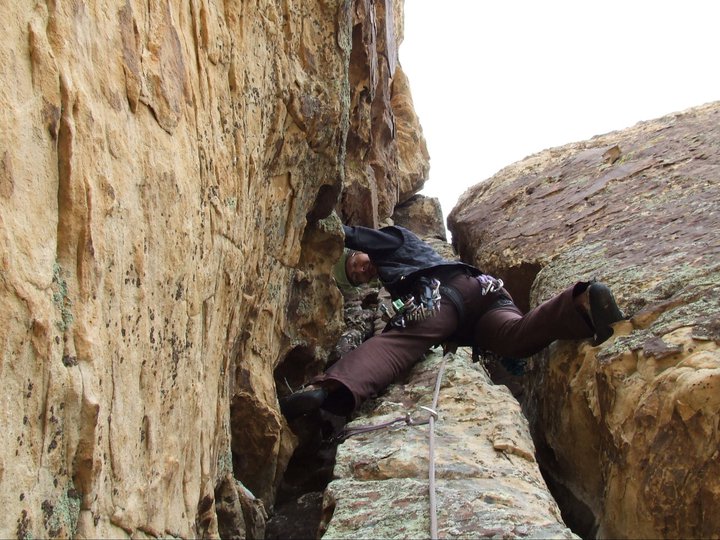 I like stemming and mantelling a lot. That way I’m not just pulling and shoving myself up a route. Any way I can save my shoulders because I have arthritis in my neck, so I have to be careful about what I’m doing because I can injure my shoulders.

Q: Any route you could climb a dozen times?

Dark Shadows (5.8) at Red Rock. I think it’s the most beautiful route in Red Rock.

Try to climb with people who are very experienced and watch what they do. Have people that you know that they know what they’re doing. Not everybody does and that way you can develop good habits. 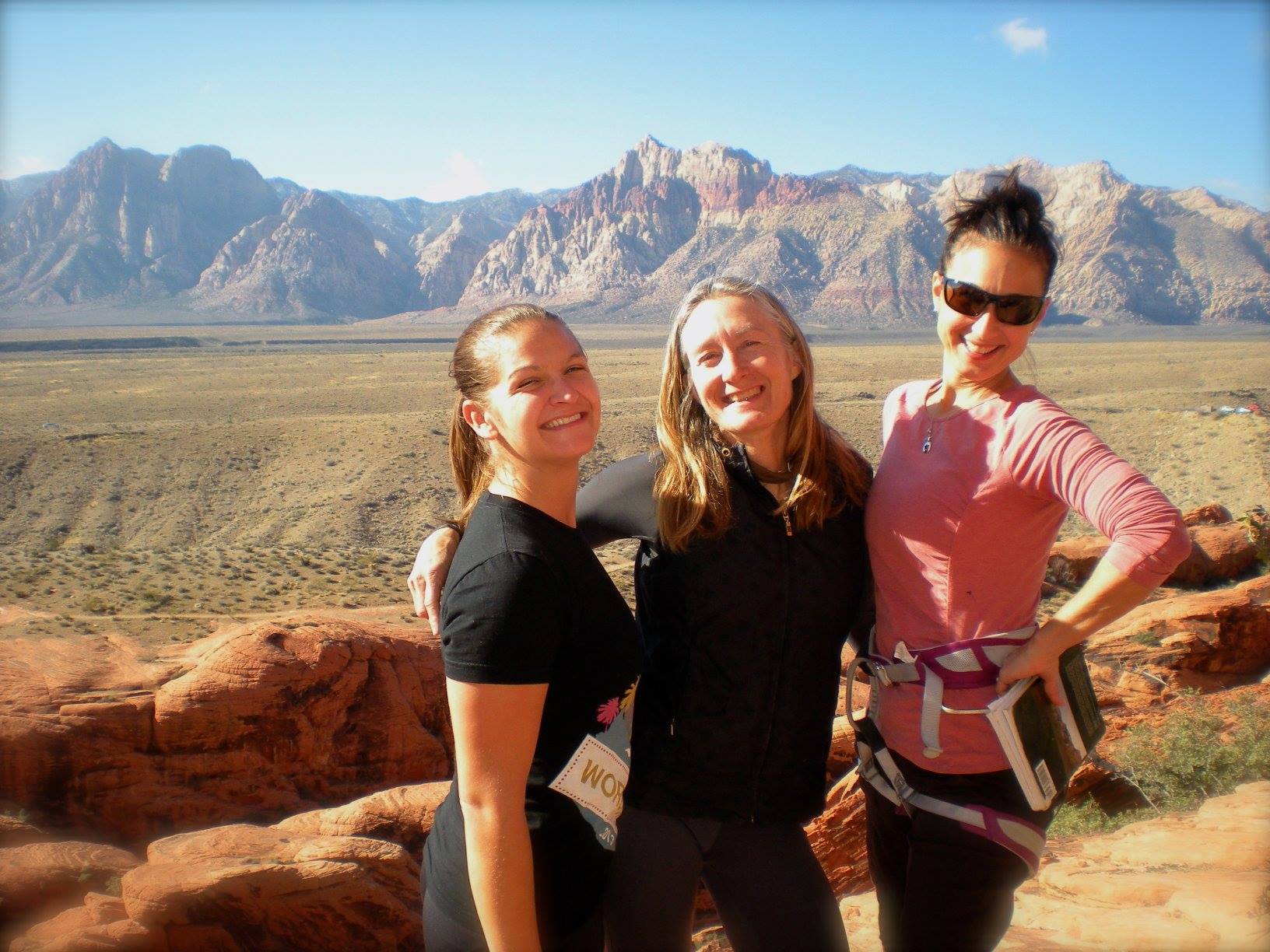 Previous reading
Yoga Series | Side Plank Pose
Next reading
A tale of my early adventures, and misadventures, as a British expat working in Dubai who suddenly discovered a love of rock climbing